You Guys Have to Check Out Will Smith’s New Look! 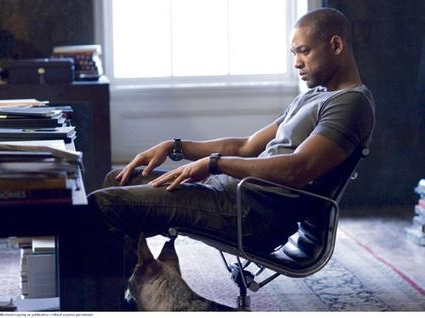 [Will slimmed down quite a bit for this role and looks great.]

Will Smith Has Been in Good Shape for a Long Time

I have followed Will Smith’s career ever since The Fresh Prince of Bel Air. I like Will Smith, because he is generally just a really positive guy. The amazing thing about him is that he has stayed in great shape for years. The first time I realized he was extremely fit was back in 1995 when “Bad Boys” came out. He got pretty ripped for that movie.

He Bulked up For His Role in Ali

He got pretty darn muscular and bulky as Ali. He slimmed down again for Bad Boys II and since that time he hasn’t really had a role where he has had to get into great shape. Well he looks better than ever for his newest role as Robert Neville in I Am Legend

Will Smith Has the Exact Look I Promote on This Site

Will Smith leaned down substantially to play his role as scientist who is the only uninfected human left on earth. Will is 6’2″ (1.88m) tall and has a naturally thin frame. He has probably been around 205-210 pounds (93-96kg) for a number of years, since he actually does have a decent amount of muscle. I am estimating him at close to 185-190 (84-86kg) in his newest role. He also looks to be around 6-8% body fat. He dropped a bit of muscle and body fat for this new role and he looks better than ever.

When a man gets below 10% body fat his jaw line sharpens up. You can definitely see a sharpness to his face when compared to his role in The Pursuit of Happiness. He body mass is a lot slimmer and more compact than it has ever been. He has achieved a really clean look because of this…and looks better in clothes as well. Clothes look better on slim guys, that is why male models are 6’1″ (1.85m) and typically around 165-180 pounds (65-81kg).

Is Will Smith the New Fitness Role Model for Men?

I think Will has the ideal proportions…so yes, he is an amazing role model. He obviously has hit hit the carido hard and tightened up his diet. He is 39 years old and is in better shape than most 20 year-olds. I guarantee you that women find him sexier than ever…he would be a great guy to emulate. I actually can’t think of a better fitness role model for men.

What Do You Guys and Girls Think?

Is this a good look for him?

58 thoughts on “Will Smith Slims Down For New Role in the Movie “I Am Legend”.”