So I believe that wheat allergies are nature’s cruel joke.

By no means am I an expert on this subject, but I have just done a bit of research. I began noticing that I would get a runny nose after certain meals containing wheat along with blood shot eyes.

It isn’t like I would eat a meal with wheat and feel terrible, but just bad enough to be slightly irritating. Another thing I noticed was feeling tired after a wheat heavy meal. I chalked this up to having too many carbs, but noticed a stronger reaction to meals where the carbs were made with wheat or flour. 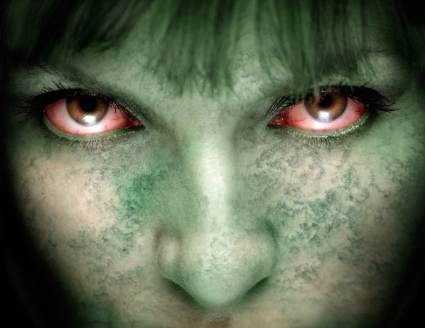 “I Love Gluten. Let Me Count the Ways…”

I didn’t know how much I enjoyed wheat until I really thought about it. I don’t eat pizza as much as some people, but a good New York style pizza with a frosty mug of beer that is large enough to challenge your forearm muscles and grip?

Yes please! I like to get an over-sized pastry at least 1-2 times per week at a French bakery downtown that also serves rockin’ espresso.

Typically it is a massive snickerdoodle or scone. Basically I just point at whatever gluten filled snack catches my eye in the glass case, as the barista is preparing my Double Americano. Just typing this makes me crave a frisbee-sized cookie.

How Could Something “That Feels so Right, Be Wrong”? 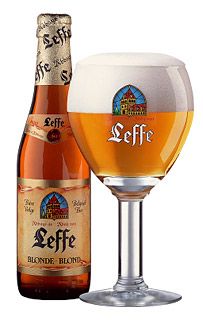 Eliminating wheat from my diet is not going to happen. My favorite beers have wheat in them, so that is a “no”.

Speaking of beer, I am pretty much hooked on “Leffe Blonde“. This tastes similar to a Hoegaarden or Mothership Wit, but with a little more kick. If you are into beer, give this a try. They carry this at “Whole Foods Market” for those who live in the US, Canada, or the UK.

This is the perfect Friday when you get home beer, to get you out of work mode. Also goes good with nachos, pizza, or hot wings.

They do make gluten free beer, and we will discuss that, but I can’t eliminate wheat filled beer from my diet. It is painful just thinking about it!

To be honest I probably have a gluten allergy, but I like to use the term wheat allergy…it is easier to envision. So let’s talk about gluten.

What is gluten. I see “gluten free” labels on food all the time, but what are those foods freeing us from?

So gluten is a protein found in wheat, rye, and barley. The obvious uses for gluten is in breads and baked goods, but they sneak gluten into many other foods. Gluten can be used as an additive in other foods such as ice cream and ketchup.

Only 1 in 133 People Have Full-Blown Gluten Intolerance

The research I conducted showed that less than 1% of the population has full-blown gluten intolerance. This is called celiac disease, which is pretty serious and results in damage to the small intestine when gluten is consumed. Some signs of celiac disease are abdominal bloating and pain, chronic diarrhea, vomiting after eating foods containing gluten.

If you are reading this and experiencing serious symptoms like this, then click on that link and then see your doctor as well. 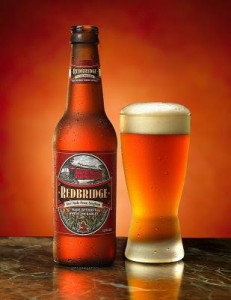 Yeah…bad rhyming skillz, I know (sorry to the poets).

This beer is called Redbridge and it is probably the easiest to locate since it is made by Anheuser-Busch (Budweiser).

Here is an updated list of gluten free beers. This link has a list of 23 breweries around the globe that carry gluten-free beer.

Here is a gluten-free beer review with comments. I like the sound of St. Peters Brewery in the UK. Their G-Free beer supposedly has a taste similar to Blue Moon. I will search this down at my local beer import market.

Many of Us Just Have Mild Wheat Allergies

I typically feel better after a wheat free meal than when I eat one containing wheat. My girlfriend is the same way. One of the big reasons I enjoy Marks Daily Apple and Feel Good Eating is that I can find great low-carb recipes and ideas of gluten free foods.

I like to eat paleo when I need to be productive, and add in the carbs at night or on the weekend when I want to relax. I simply love carbs too much to be carb-free.

My Approach Will Be Part-Time Paleo & Part-Time Gluten Free

So I Google’d “gluten free” and found a bunch of places that offer gluten free products.

Big companies like Whole Foods have a wide selection of gluten-free products, but try and support a local business if possible as well. I try my best to support small local businesses, because they tend to give back and care about the community. I found a cool little bakery called Wheatless In Seattle that is really close to where I live. They have gluten-free breads, cookies, pizza, etc.

There is a good chance that you have a similar place in your neighborhood. So I will simply do my best to buy gluten free alternatives when it it convenient.

Mix in a few paleo meals and simply eat normal gluten-filled foods the rest of the time.