The term “inflammation” usually puts me in skim mode when I’m reading article.

I feel like my time is limited and I want to quickly move on to something more interesting like fat loss strategies. I’m going to do my best to give you the Cliff Notes version of what inflammation is. Earlier this week, Brad Pilon, just completed the newest version of Eat Stop Eat which now goes into detail about inflammation.

He sent me an early copy of the book and also a document with 15 scientific studies he referenced in the book. He told me it was cool to share this info with readers of Fitness Black Book. So I will try to hit some good points from the notes Brad sent me without making you feel like you are reading a text book. 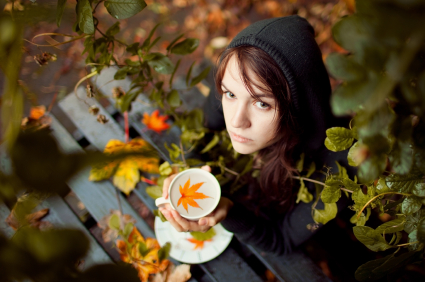 [Happy Autumnal Equinox! This girl doesn’t look so happy about the whole situation. Looks like she needs to drink some of that coffee.]

What the Head of A Major Pharmaceutical Company Told Me

Ten years ago, I was an executive recruiter who placed Ph.D. level medicinal chemists into pharmaceutical companies. These are the scientists who discover the lead compounds that eventually get turned into drugs that help people.

It was kind of an intimidating job, because often times these high-level scientists would list CEO’s and VP’s of major pharmaceutical companies as their references. It was my job to contact these CEO’s and to conduct reference checks.

Let me tell you, it is not easy to get a hold of a high level executive in companies that do tens of billions of dollars per year. I would always think to myself “who am I to talk to this ultra-smart super successful person”. One executive level chemist in particular told me something I will never forget…

“Never, Ever Allow Yourself to Become Overweight for an Extended Period of Time”

This guy spent a lifetime studying chronic disease and he spent close to 30 minutes drilling this point into my head. He said the number one thing that will drastically decrease your chances of getting any disease is to never allow yourself to become overweight.

He wasn’t just talking heart disease and things we normally associate with being overweight either (obviously this isn’t a guarantee, there are countless examples of fit people who develop cancer and other life threatening diseases).

He went on to tell me that the mass media understates the cause and effect of obesity and disease…and that if the general population wasn’t overweight, that the drug companies would lose billions.

I Didn’t Know What Inflammation Was at that Time

Inflammation is a way that the body heals itself. When you get a cut, the body elicits an inflammatory response. It sends blood cells to the injured area. The redness and swelling initiates the healing process. This is Acute inflammation and it is a good thing! The problem is Chronic inflammation.

What If the Entire Body Was Inflamed?

Chronic inflammation is when your entire body is experiencing this “injury response”.

The huge problem here is that when your immune system is trying to repair your entire body, it can’t defend against cancer and other diseases. Your body also produces cholesterol as an inflammatory response. This works well in the short term, helps heal wounds, but develops plaque in the arteries if the body is chronically inflamed. 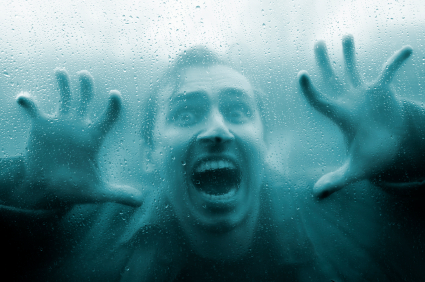 [Don’t be scared by the next section! I recommend just  reading the points that are bolded with a “*”. These are Brad’s findings from these studies. I included additional information just for those who want to dig deeper. This section is meant to be cliff note style. I’ll wrap up and summarize the post after Brad’s notes.]

This is where Brad’s research notes really help clear up some confusion. I am going to summarize the notes he emailed me a few days ago. This helped me get a full grasp on this complex topic.

* Overeating Can Cause an Inflammation Response

“An excess glucose infusion, possibly analogous to a binge episode of overfeeding, led to a decrease in antioxidants, increase in liver oxidative stress, and systemic inflammatory response.”

* Markers of Overeating, Such as Leptin, are Involved in the Inflammatory Response

* Another Marker of Overeating, Insulin, Increases Markers (IL-6) of Inflammation

* Inflammation Can Lead to Insulin Resistance

* More Evidence That Overeating is Linked to Inflammation

“Acute hyperglycemia in normal people and people with impaired glucose tolerance induces an increase in plasma IL-6, TNF- that hyperglycemic spikes affect cytokine concentrations more than continuous hyperglycemia, at least in the short term, and suggest that an oxidative mechanism mediates the effect of hyperglycemia.”

* Both Obesity and Overeating Lead to Inflammation

Here are the notes on studies showing ways to reduce or prevent chronic inflammation. Again, just read the parts that are in bold if you are someone who likes to get the main points quickly.

“A low-calorie diet is associated with an improvement in the systemic inflammatory status. This seems to be due to energy restriction rather than to adipose mass loss, since inflammatory levels return to baseline soon after weight stabilization.”

* Having Less Fat is Also Good

“Weight (fat) loss, induced by a negative energy balance, reduces inflammation by decreasing the production of inflammatory cytokines and chemokines by adipose tissue.”

* Calories Over Quality…Nothing Wrong With Less Calories and Better Quality Too.

“There is some evidence to suggest that meal composition may play a small role in the inflammatory response, but the total body of evidence seems to suggest that it is the caloric load that is most important.”

* It’s Not the Make Up of the Diet as Much as it Is the Diet.

“Weight loss achieved through different diet programs (low-fat, high-protein, or hypocaloric diet) in combination with exercise or nutritional counseling ranged from 3 to 15 kg resulting in concomitant reduction in C-reactive protein levels by 7 to 48%.”

A Few “Takeaways” from These Notes

Well it looks like it is best to stay somewhat lean and not overeat on a regular basis. I occasionally like to eat really big meals, but I typically feel terrible after.

If you do want to avoid inflammation it makes sense to avoid or limit massive meals. You also want to keep insulin levels low and avoid blood sugar spikes.

Eating too much and too often will often lead to chronically high insulin levels…this is one of the biggest causes of inflammation. This also causes weight gain, which adds more inflammation.

What is the best way to reduce insulin levels and virtually eliminate inflammation?

There are several popular diets that are aimed at keeping insulin at low and stable levels: The Paleo Diet, Mediterranean Diet, South Beach Diet, Atkins, The Zone, etc. There is nothing wrong with eating this way, but nothing comes close to fasting for a way to get insulin under control.

An Excerpt from “Eat Stop Eat”…

“Fasting for as little as 24 hours has been shown to drastically reduce your insulin levels. This is especially important because in order to burn body fat, insulin levels must be very low. Simply ‘evening them out’ may not be enough, especially if this ‘evening out’ of your blood sugar levels is due to chronically high insulin levels.” 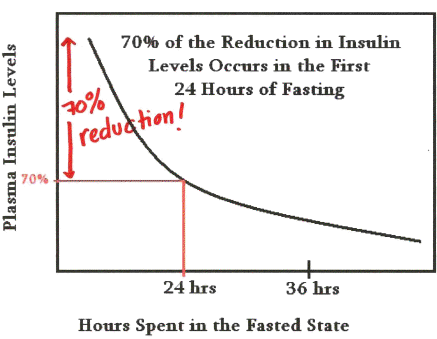 Some of the leanest people I know combine short term fasting with low to moderate carbs. As Brad Pilon points out in the studies as well as in Eat Stop Eat, lower calories and calorie deficit have a greater impact than eating low carb. You can get really lean with short term fasting and calorie control and prevent chronic inflammation…keeping the carbs somewhat under control just makes this way of eating that much more effective.

Note: As I mentioned earlier, Brad Pilon just wrapped up his newest version of Eat Stop Eat. Everyone who has ordered in the past gets the new version this week for free. Make sure and read it, because this new version really shows you the big picture of the heath benefits of this method of eating. If you don’t have this ebook, I give it my highest recommendation. Almost every person I respect in the fitness industry uses Brad’s version of Intermittent Fasting with great success.

One Last Thing: I started this blog to help people lose weight and keep that weight off. My intention isn’t to make people who are overweight feel bad.

My hope is this article pushes more people into action and towards a healthy state.

If you are reading this and have weight to lose, then go for it! I am here to help as are a lot of others who respond to comments in the comment section.

60 thoughts on “What the Heck is Inflammation? Why Should You Care?”