Trent Reznor, the main singer of Nine Inch Nails is one of my all-time favorite musicians. This guy reminds me a bit of David Bowie in that he is a true innovator. I believe many people won’t truly appreciate the full impact he made on the landscape of music until later in his career. I have followed Trent since 1988, when “Down in It” was a big dance hit in the clubs and soon after that in 1989 his first Album “Pretty Hate Machine” was released. I am used to Reznor surprising me with innovative music, but he shocked me a bit with his physical transformation. After three years out of the spotlight, in 2006 he went on tour with a new “buffed up” Hulk look. 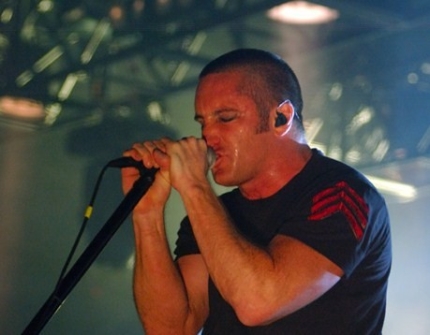 [Here is what Trent Reznor Looks like these days. I am not saying he looks terrible or anything, he just looks like a different person to me. His neck and face have grown big time.]

Trent Reznor Was Probably Too Skinny Early in His Career

In the late 80’s and early 90’s Trent was super skinny…probably too skinny. Over a period of 6-8 years, he seemed to put on a bit of weight. I could tell that he was working out and he looked good. He had the ideal “look good without trying to look like you are looking good” thing going on. Throughout the mid 90’s to 2002 he looked like a typical star who kept in great shape. 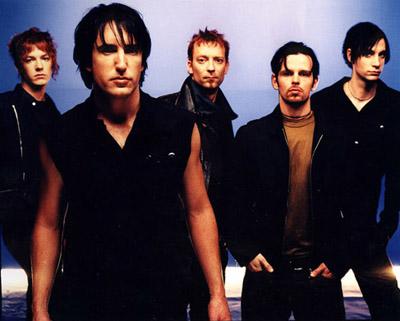 [In this picture, you can tell he takes care of himself. His arms and shoulders have nice tone without being excessively muscular. His face has the angular defined look, like a model. This was a great look for him.]

In 2006, Trent Comes out of Hiding Looking like the Hulk!

When people saw Trent Reznor’s new look. There was a lot of steroid rumors. I have no idea whether he did roids or not. I don’t like to speculate, but it certainly is possible. One thing was certain…he looked like a completely different person. I really preferred the way he looked before he packed on all that muscle. His face and neck look really bloated to me now. He lost his distinct look. There are probably some people who think he looks more bad-ass with all of this muscle, but something just seems a “little off” to me. 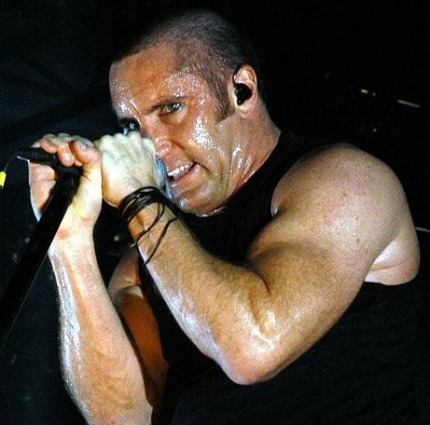 [In this Picture he looks like he is trying to “bulk up”…gaining muscle along with fat. This is a typical bodybuilder strategy that I don’t recommend…it creates a sloppy look.]

My Recommendation of Gaining a “Natural” Amount of Muscle

I am not against gaining muscle. I thought it was great when Trent Reznor packed on 10-15 pounds of muscle. That was the perfect amount for his frame. He went from super-skinny to an athletic build. He kept this aesthetic athletic build for close to 10 years. The problem was when he went from a toned look, to the excessively muscular look. My guess is that he added another 20-30 pounds…this was when his face became unrecognizable. Not a good look for him in my opinion.

I don’t want to harsh on Trent too hard. He is still one of my favorite musicians. In fact, part of me thinks it is “slightly cool” that he did something so out of the ordinary. Most Alternative Musicians are slim and he did the exact opposite and packed on a ton of muscle. I just hope for his long-term health that he gets back to a more natural size.

[Some people think this is just “noise”…I love the intensity!]

[This was one of the last recording that Johnny Cash did before he passed away. Trent Reznor wrote and performed it, but when Johnny Cash sings it…it just gives me chills. This song fits Johnny Cash’s life better than Trent’s…it is simply an amazing version of this NIN song! It shows clips of Johnny Cash’s life. When I hear him sing it…it reminds me the life passes by quickly and that I must live every day to the fullest!]

Note: Again…not a typical fitness article. I admire people out there living life with other interests besides just getting as ripped as possible and posing in muscle magazines. Those people in the fitness magazines bore the hell out of me! Get fit in the context of an exciting and adventurous life.

Free music downloads here to stay, says Trent Reznor – â€œI think free music downloads has been very important for a long timeâ€ says Jim Guerinot, talent manger whose clients include, among others, the rock band Nine Inch Nails. The band itself oversaw the â€˜leakingâ€™ of a number of tracks from …

Trent Reznor â€œSlipsâ€ Fans a Sweet Surprise – Following the footsteps of Radioheadâ€™s â€œIn Rainbowsâ€ release in October, Trent Reznorâ€™s giving fans a chance to download the new 10-track NIN album (The Slip) for FREE, in any format. (Read More About “The Slip” After The Jump) Put it …

Trent Reznor to Give Away New NIN Album – Taking a cue from better band Radiohead, Nine Inch Nails founder Trent Reznor will be releasing the new NIN album, The Slip, for free through the bandâ€™s Web site. Sign up here to receive an e-mail about where to download the record and …

Trent Reznor Prevails With Profits and Fans – Trent Reznor, lead singer of Nine Inch Nails, has formed the foundation of a successful musician in a post-peer-to-peer world. Along with Radiohead, Reznor is the first musician to truly generate record profits and please a massive fan …

58 thoughts on “Trent Reznor of NIN Gained a Ton of Muscle. Did He Ruin His Look?”