Like most guys, I enjoy playing video games with my friends. I especially enjoy competitive sports games like Madden Football…shooters like Halo, Ghost Recon, and Bioshock…and fighting games like Tekken and Virtua Fighter. The graphics on the Xbox 360 and PS3, make these games even better! 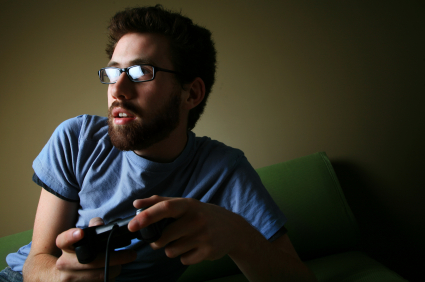 Although These Games are Wildly Entertaining, They Can Put a Serious Damper on Your Social Life!

Video games are fun, but attracting and hanging out with beautiful women is many times more fun and fulfilling. The better you get at video games…the flabbier you get and the worse you get with women. There is a huge group of guys in their late teens to early 30’s, who are out-of-shape, boring, and socially inept around women. You have to make a decision…Xbox 360 or an exciting life in the “real world”.

Do PS3 Games Make You Dull?

You only have one life to live…instead of playing video games, why don’t you go out into the world and experience different places and meet interesting people? Hit the gym and get in amazing shape…you will stand out amongst all the “slackers” that women normally have to put up with. I’m sure women can’t stand seeing all these guys with great potential turning into slugs.

The Online Versions of These Games Is Even Worse!

I get this weird vision in my head of a guy cooped up in a dark basement somewhere trying to be the best in the world at Halo. He has his Xbox controller in his hand and his head phone on for 6-8 hours at a time. He is probably eating Doritos and sipping on a Coke. This guy is letting the best years of his life pass him by. Many of his memories will involve “reaching the next level” of a game. He is probably out-of-shape and has an extremely dull personality. Please don’t become this guy!

Too Much Time on the PS3 and Xbox 360 is Bad For Your Health!

I spend the majority of my spare time helping people get fit and attractive to the opposite sex. I have never recommended more video games as part of that formula! You have to get out of you house or apartment and work up a sweat. If you want to stay average like all the other guys your age who are spending too much time playing video games, that is your choice to make. I prefer girls over the Xbox 360 or PS3 every time!