I can’t thank Brad Pilon enough for taking time out of his busy schedule to do a guest post for my site. Any of you who are fans of “Eat Stop Eat” or have been following Brad on Twitter know that his wife just gave birth to a healthy baby boy, Ro Wilder Pilon (cool name). I asked Brad to do a guest post on calorie deficit and I think his son was born the following day! This is an outstanding article, well worth your time, and will challenge much of what you have heard when it comes to dieting and weight loss. Love it! 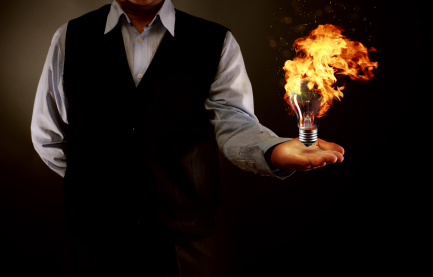 [Brad Pilon’s ideas challenge much of the mainstream fitness info you see published in magazines, books, and online. Slowly, but surely, his ideas are going to go mainstream. Right now, anyone who studies his materials will be WAY “ahead of the curve”.]

The Evolution of Weight Loss – By Brad Pilon

Well, evolution is probably the wrong word. It’s catchy, but it implies that weight loss has somehow improved or become better. This would be a fallacy because it’s simply not true.

The truth is your body has known how to burn fat since the very day you were born.

In fact, if you want to get technical about it, you were burning fat while you were still in the womb.

So evolution isn’t the right word. It may be sexy, but it’s not correct, so let’s change the title of this guest post to “The Flexibility of Weight Loss”.

And here’s a perfect example to illustrate my point:

In the late 1990’s (1999 to be exact) I first entered the supplement industry working in Research in Development.

Because I was working for a supplement company helping to design fat-burning pills and various other weight loss supplements, people tended to think I knew a lot about dieting and came to me for dieting advice.

Back then I was against low-carb diets. I thought they caused you to lose muscle (don’t ask me why). So when asked I advocated moderate protein, high-carb, low fat diets.

In 2000-2001 Leptin became a big deal in the supplement industry. I spent countless days locked in my office reading about leptin. It became an obsession in the industry and like everybody else, I started recommending adding a ‘cheat day’ to peoples diet plan.

Then, around 2002 I began reading about low-carb diets. Sure enough the information I read was so convincing that I began advocated high-protein, low carb, moderate fat diets.

In around 2004, I had given up on low-carb diets and switched to diets that concentrated on low glycemic carbs, these diets were moderate protein, moderate carbohydrates and moderate fats.

In around 2005, people were talking about cycling carbohydrates, so naturally, I jumped on the bandwagon.

In 2007 I took a radical shift in my life, left the supplement industry and went back to school to complete my Master’s degree in Nutrition.

After completing my masters (concentrating on the metabolic effects of short term fasting in humans) I started recommending 1 or 2 24-hour fasts per week combined with simple, responsible eating (and weight training). I even wrote a book on the topic (Eat Stop Eat).

So the lesson learned was that just about any diet will help you lose weight as long as it puts you in a calorie deficit. High protein, Low-carb, high carb, not eating for 24 hour periods, as long as you eat less calories than you are burning you will lose weight.

The other important lesson (probably the most important), is that you DO NOT have to be in a calorie deficit every single day.

First – All the posturing and positioning in the diet industry about which diet is better is laughable – All diets will work, some are easier than others, but as long as they create a chronic calorie deficit you will lose weight.

Second – This calorie deficit doesn’t have to occur every single day, but it does need to be an average over time.

So in keeping with the new title of this article, this is a perfect example of the amazing flexibility of weight loss and fat loss.

The bottom line is this – The diet that will allow you the best weight loss success is the one that you find to be the easiest to follow and most comfortable way to create an ongoing calorie deficit over time.

Ignore all of the metabolism-science-geek talk and concentrate on what really matters – finding a sustainable way that you can eat less while still enjoying the foods that you eat.

Comments from Rusty: <----(I'm not trying to refer to myself in 3rd person...I'm not that cool). It is funny how it mainly comes down to calorie deficit. Even though calorie deficit is where 80-90% of your results come from, fasting every now and then has an added edge over typical diets. In less than 3 minutes, this video explains why I am a big fan of the “Eat Stop Eat” style of eating…makes staying lean easy!

[One more thing…I have been advocating working out in a fasted state for years. Brad mentions this at the very end of the video.]

If you like this article, here is where to find more great stuff…