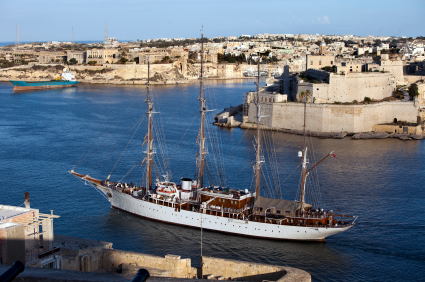 I’m going to do something I haven’t ever done before on this blog.

I’m basically going to do half a post, then send you over to another site to get the rest of the info. I’m not an expert on this subject and just want to guide you in the right direction. If you think “4 X 7” means 4 sets of 7 reps, then you would be mistaken. It is referring to something quite a bit different than that.

[I learned about 4 X 7 periodization from my buddy Ryan. I had a beer with him earlier this year in Seattle and he told me of his plans to move to Malta. I thought he was crazy until I saw some of his photos. This place is amazing!]

What is the 4 X 7 Model of Periodization?

The 4 refers to 4 distinct workouts…

Where Did I Learn About This Funky Workout System?

Back in 2009 I was closely following an emerging blogger named Adam Steer. I liked his blog because he talked about many Eastern Philosophies ignored by many of us in the West.

I learned things I had never seen mentioned in typical “fitness magazines”. Adam teamed up with Ryan Murdock (inducted into the International Martial Arts Hall of Fame in 2006) In late September of 2009, they released a groundbreaking body weight course—> I was so committed to learning what Adam and Ryan were teaching that I cancelled my gym membership…breaking a 17 year streak of paying monthly gym dues.

Over 200 people decided to ditch the gym Oct, Nov, and Dec of 2009…and learn Ryan and Adam’s body weight program along with me. I posted every day for 90 days and we all did the program together. Out of the 200 who started the program with me, only 46 made it to the end.

It was a tough program, but every single person in that private blog group who finished the program loved the results.

No Rest Days Using the 4 X 7 Method of Training?

I sometimes trash Yoga, but Ryan had us doing “Prasara Yoga”. This was a complex high level program we were doing.

The first two days of the cycle, prepared our bodies to perform at a higher level when the intensity was increased. Adam and Ryan call this, “Releasing the Parking Brake”. 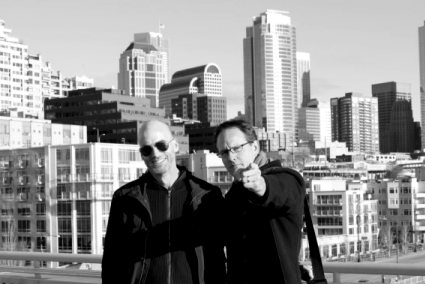 [In February of this year, Ryan and his wife met me and my girlfriend for lunch on the Seattle waterfront. This was before Ryan moved from Canada to Malta.]

Learned About His New Project Over A Hefeweizen

So Ryan is an extremely brave and adventurous guy. We were eating some delicious Seattle seafood, drinking beer, and having a great time…then he told us that he was moving to Malta. I think my girlfriend asked him what Malta was like. Get this…he had never been to Malta!

That is nutty, but cool at the same time. I don’t have that in my DNA. Very funny! Then he told us about a massive project that he was launching in June…

They are releasing a master product called Shapeshifter...but have set it up to where you can add “plugins” to create a custom program.

Want to do body weight and resistance band training? They will have a resistance band plugin. It will be one master program with various plugins. Supposedly they will add more and more plugins over time for people to create any program that suits their needs.

I can’t wait to see what this looks like (the program isn’t for sale at this time).

Get a Free Shapeshifter Sample for the Next 24 Hours

Bottom line…I believe in what Adam and Ryan are doing here.I was pleased with their first big program, but this is supposedly going to blow that one out of the water.

My only complaint about the last program was the quality of the videos. Ryan told me they hired a guy who works on major motion pictures to film Shapeshifter. You can see how impressive this looks, by checking out their free sample workout…

Click Here to Get a Sample Shapeshifter Bodyweight Workout

Note: My passion is training with weights, but I plan to buy Shapeshifter (not for sale yet) and follow the program once every other year for 3-4 months to get past sticking points.

After I completed their previous program…I came back to the gym weaker in a few lifts…but then blew past my personal best.