If you have watched any TV or logged into a computer the past couple of weeks, you have probably seen or heard of Taylor Lautner. This past Friday, I took my girlfriend, her 14 year old daughter and 14 year old niece to see New Moon (opening night). I realize that this movie isn’t aimed at my demographic, but actually enjoyed the movie. Taylor Lautner, the guy who plays Jacob Black, got in outstanding condition for this role. What really struck me was the reaction of many of the teenage guys and girls in the theater. Every time there was a shirtless scene with Taylor Lautner you could hear a bit of whispering back and forth. Then it struck me: This could possibly be the first time this generation has had a blockbuster movie written for them, with an incredibly fit actor they can relate to. 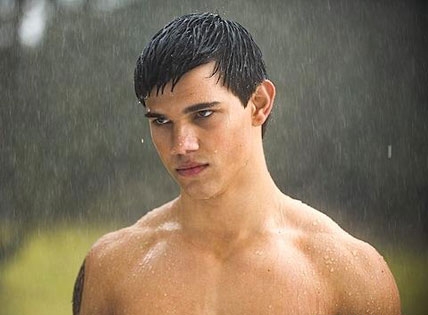 [New Moon was shot just a few hours from where I live in various parts of the rain forest near the Washington and Oregon coast. Yes it rains like crazy, so as a bonus, they probably didn’t need to bring in any props to generate fake rain.]

I Predict Taylor Lautner Will Create A HUGE Impact in Fitness

If I ever met Taylor Lautner in person I would shake his hand (then get his autograph for my girlfriend’s daughter). I really believe that he will single-handedly make being in shape cool for Generation Y (the kids of Generation X). I believe that this impact will be felt almost immediately and it will be long lasting. My guess is that we will see more and more young people hitting the gyms and getting into fitness. I don’t believe that this will just be young men. I think it will have just as big of an impact for young women.

Do Not Underestimate the Impact of a Major Motion Picture

Arnold Schwarzenegger created a massive boom in the fitness industry in 1984 when he appeared in The Terminator. My older sister’s boyfriend took us to see that when I was 14 and both of us got intensely interested in exercise immediately after. My dad even bought a weight set for Christmas for our family that year. Arnold had a few more movies and then Top Gun hit in 1986. In the mid-to-late 80’s these movies helped spur on a serious interest in fitness. 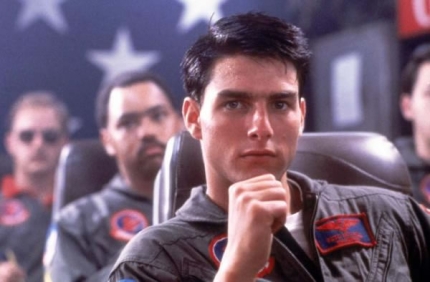 [Many of the younger readers of this site will have a hard time believing that Tom Cruise was once considered cool. Even I have a tough remembering Tom Cruise before his couch jumping days, but he made a huge impact back then. I’m guessing half of the guys in my High School had brown leather Bomber Jackets and many of them rode Kawasaki Ninja motorcycles…within 6-12 months of Top Gun’s release in 1986.]

In an 80’s High School it was cool to lift and get in shape. Not so much with the young men and women of Generation Y. The young men seem to be more interested in oversized clothes or at the other extreme tight skater jeans than being in great shape. Don’t get me wrong, I think having style is important…but so is being fit. I know that I am making big generalizations and this isn’t true for everyone…these are just trends that I have noticed.

For the men of Generation X, it was all about Arnold back then…and for Generation X women it was about Cory Everson. Bodybuilding was mainstream in the 80’s. You would see photos of Cory Everson almost as much as Arnold in those days…and each of them were on a lot of magazine covers! Now…I think the amount of muscle displayed was way over the top, but for some reason seemed perfectly normal back then. I have to admit, I got caught up in the gain-as-much-muscle-as-possible trend back then as well…

Brad Pitt Brought People Back to Their Senses in Fight Club

The 90’s were an interesting time for fitness. The gyms were still “sort-of” busy but not to the extent of the late 80’s. In the late 80’s the gyms were blazing with energy and they were packed…especially on Monday nights. As the 90’s pushed on less and less people belonged to a gym and I mainly saw guys around my age training. Very few younger men and women were working out. Than along comes Brad Pitt in Fight Club and all hell breaks loose! 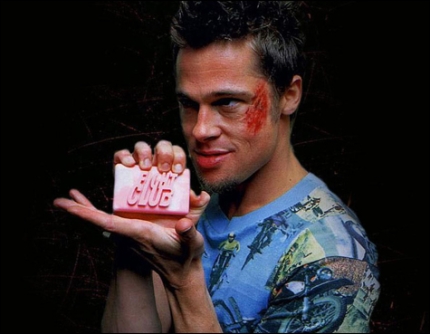 [When Brad Pitt played Tyler Durden, he showed that you could get fit without having that “gym vibe”. He wore stylish clothing most of the time and was a regular sized guy with exceptional muscle tone…the new definition of fitness.]

My Gym Was Packed Soon After Fight Club Was Released!

Back in 1999 I was a Store Manager for Structure (a men’s clothing store that is now Men’s Express). At that time, I had been consistently working out in a gym environment for over 12 years. I would bring protein shakes to work since I didn’t want to eat the mall food and I trained 4-5 days per week. The sales guys and girls seemed to have no interest in training at all, but as soon as Fight Club came out their interest peaked in a major way. Within 6 months, I think every member of my staff had a gym membership and would ask me workout questions on a consistent basis.

There have been a few actors and actresses that have got in great shape for movie roles…Hugh Jackman, Ryan Reynolds, Jessica Biel, Daniel Craig, Cam Gigandet…all got in incredible shape, but not people that “Generation Y” could connect with on a deep level. Sure they made a decent impact, but not in the way Arnold did in Terminator or Brad Pitt did in Fight Club. Well New Moon has changed that completely. Taylor Lautner is Generation Y’s main fitness role model…and New Moon is big enough to make a major impact on pop culture the same way Top Gun did back in 1986.

[I like to tease my girlfriend’s daughter that Twilight was a rip off of The Lost Boys. Well we rented The Lost Boys recently and it was not as good as I remembered. New Moon blows it away. The soundtrack is pretty amazing as well….as good as the Garden State soundtrack…which I consider one of the best movie soundtracks ever.]

New Moon is very well done…in fact I don’t remember teen movies this well done since 80’s movies like Pretty in Pink, Breakfast Club, Say Anything, etc. There have been two decades of teen movies that seemed like they were without a “soul”. New Moon is the first current move that really feels like a well done 80’s teen movie. It is worth watching for those who remember when teen movies were really moving….when they were written by people who understood you. This is a big difference than the shock value and cheesy comedies thrown together in the past few years. Mostly bad except for the occasional standout like Juno.

Thanks Again to Taylor Lautner…

…for getting in incredible shape for his role as Jacob Black in New Moon. He is a great young actor and has what it takes to revive the fitness industry…and possibly inspire an entire generation of young men and women to take an interest in fitness.

Note: I am a huge fan of movies (in case you couldn’t tell). If you have never seen a massive blockbuster on opening night, I highly recommend it! The energy and enthusiasm for the movie makes it twice as fun to watch. Me and my girlfriend had a blast watching the reaction of all the teens going crazy during many of the scenes.