Roman Sebrle is known in the world of track and field, but isn’t a household name. The Wall Street Journal a little while back put together a panel of experts to decide who the world’s greatest athlete was. They based their decision on 6 criteria: speed; vision and reflex; stamina and recovery; coordination and flexibility; power, strength and size; and success and competitiveness. Roman Sebrle came out on top. Lebron James was number two. 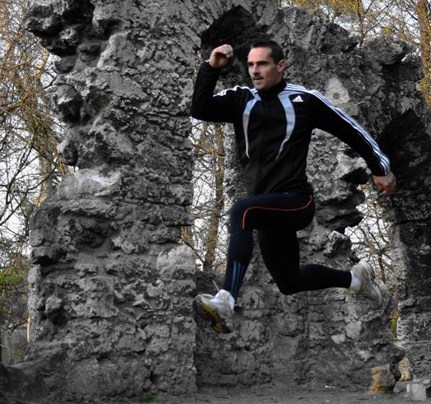 So How Does One Become World’s Greatest Athlete?

Like many other amazing athletes, he worked through a major challenge. In 1987, at the age of 13, he broke his calf bone and shin bone playing soccer. After this, he had his leg in plaster for 2 months and spent one year learning to walk. Just a few short years later he got involved in track and field and hasn’t looked back since. To be honest…some people just have it. Obviously it took tons of hard work, but this guys seems like a natural.

Many People Think the 100m Dash Is the Ultimate Event

If I could pick one event that has the most hype in track and field it would have to be the 100 meter dash. I think the mystique behind it is that if you are good at sprinting 100 meters, you can dominate a lot of sports. Well…this could be one of the most exciting races in recent history. In case you haven’t been keeping track, the world record has been broken multiple times since the last olympics.

[Even though this record has been broken, check how effortless it looks. He looks like he is slowing down at the end of this race. He is my choice to win this event in 2008 in Beijing.]

[Here is Usain Bolt breaking Asafa’s world record. He is flying in this race. This is an exciting video.]

[This doesn’t count, but it is the fastest time a human has ever run in this event. It is pretty impressive. This is going to be one to watch in Beijing.]

Olympic Athletes, Some of the Fittest People on the Planet

I don’t post the typical fitness magazine models on my site for a reason…I think athletes make for better role models. Plus people who have other interests besides just working out, are more interesting to read about. When you watch the Olympics this year, pay attention to what a functionally fit body looks like…it just doesn’t look as forced as someone who is getting ready for a magazine photo shoot.

What I Take Away from The Olympics

I get energized to work harder towards my goals after watching the Olympics. These athletes sacrificed a ton just for a short “peak moment”. Peak moments like this are what you remember in life…not just mindlessly seeking short-term pleasure.

Note: This article is mainly about track and field athletes, but I am also looking forward to all the other events as well. Any basketball fans out there? I know Team USA lost in Athens in 2004, but would you want to play these guys?

[Imagine if your assignment was to guard Kobe Bryant? How about LeBron James? Hopefully the actually play as a team this time, because they have serious talent!]

11 thoughts on “Roman Sebrle, and Other Dominant Athletes in Track and Field”