What if half of what you have been told about building muscle mass is completely wrong? You see, building muscle is almost 100% about training and has very little to do with nutrition.

The main thing that nutrition affects is gaining or losing body fat. The mainstream fitness publications would have you believe that you can eat your way to quick muscle gains. This simply is not the case. John Barban has created an exclusive video for the readers of this site, that you guys have to see! 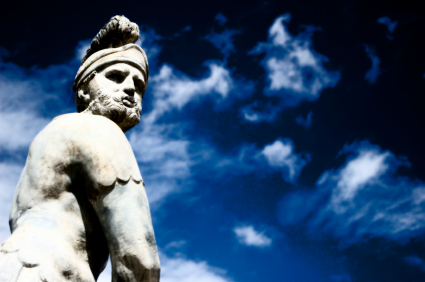 [I like to look at ancient Greek and Roman statues as ideal proportions to shoot for. Although centuries have gone by, the proportions of these statues are still considered optimum by most of the population.]

A Favor From a Supplement Developer and Industry Expert

I recently asked my friend John Barban to record a 5 minute video about building muscle mass. His stance on building muscle and losing fat is the same as mine…You use nutrition to lose fat and you use your workout to build muscle.

To quote John…”Nutrition plays a negligible role in muscle building”. Click on this video to see him explain why this is the case. I have had several conversations with John and I’m convinced that he knows more about building muscle than any other industry expert.

[John is very well-respected in the health and fitness industry. He has formulated supplements for some of the largest supplement companies in the world. I am glad someone of his stature is coming forward and saying what needs to be said about building muscle. I support his message 100%.]

You Can’t Accelerate the Muscle Growth Rate by Eating More

Back in 1990 after lifting hard for 3 years, I tried to “bulk up” and put on 10 more pounds of muscle. I remember eating my way up from 210 pounds all the way to 230 pounds. I trained hard during that time for 9 months and then I spent the following 4 months “leaning out”.

After dieting hard and getting lean again, I wound up at 212..a whopping 2 pound muscle gain in a little over a year!

You Can Quickly Build Muscle Just Once in Your Life Time

The only time in your life that you can build a lot of muscle quickly is when you first begin training. It isn’t unusual for an untrained person to put on a decent amount of muscle his first 1-2 years of training, but that will be the last of the quick muscle gains (unless he uses steroids).

The window for even faster gains is when a male is in his late teens and early 20’s…because when a teen enters into his 20’s he typically adds a bit of weight naturally and “fills out”.

If a person adds in training along with this time of naturally filling out, then ultra-fast muscle gains can happen…but that will never happen again in that man’s lifetime.

Trained Guys of Same Height Have Similar Amounts of Muscle

This is where the HUGE paradigm shift happened for me. John explains that an experienced lifters of the same height almost always carry the same amount of muscle (5-7 pounds give-or-take)….the only difference in size comes down to how much body fat each person is carrying.

He also explains that frame size (somatotypes) play a role, but only 5-7 pounds in either direction.

Note: I am going to reference John Barban’s Blog in the future and probably do a few podcasts with him, etc.

I like the message he is sending out in regards to gaining muscle and achieving a pleasing physique. When you head over to his blog, make sure and subscribe to his newsletter…”The Truth Hurts”. The first message that gets sent is one called “Get Ready to UNLEARN”…love it!