So Madonna’s Gym empire, Hard Candy Fitness, is launching in Mexico City on November 29th (a little less than a month from now). Yep, this lady is right up there with Oprah when it comes to being ambitious. I think it is cool she is doing this. The funny thing is that I just heard about this yesterday and figured it would make for an entertaining topic to discuss. Some of the places where I have seen this announced were pretty critical. I actually think that the gym industry has HUGE room for improvement and my hope is that Madonna’s gyms will be a step forward. 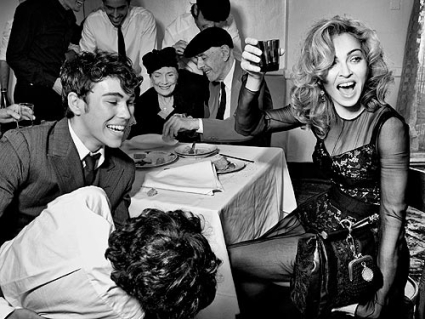 [This is a recent Dolce & Gabanna ad that Madonna was featured in. She is 52 and looks closer to 32. She is doing something right.]

The Biggest Criticism I Found When Doing Research…

A lot of people pointed to a photograph that showed Madonna’s ripped biceps and veins in her forearms. I also believe that Madonna tends to get a little too lean at times. The good thing is that this state is actually hard to maintain and my guess is that she doesn’t look this lean most of the time. All she would have to do is either back off on her training a bit or increase her calories. She doesn’t have massive muscles…she just gets a little more lean than I would recommend.

So it looks like her first gym in Mexico City will be 30,000 sq ft. If you want to envision 30,000 sq feet, a lot of the newer LA Fitness centers are around 40,000 square feet. So 30,000 square feet sounds like a good size. Compare that with 24 Hour Fitness’s “Ultra-Sport” clubs which are 100,000 square feet. I actually believe it is smart to stay a little smaller to insure profitability of the club. So many chains in the US are having financial troubles, that possibly Madonna was advised to keep the size of her clubs down a bit compared to the competition. 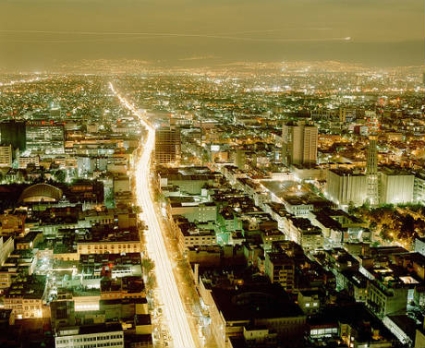 [So Mexico City is the 11th most populated city in the world at over 8 million residents. This puts them right behind Tokyo and ahead of cities like New York, London, and Los Angeles.]

I have to be honest…when I heard Madonna was opening up her first Hard Candy Fitness Center in Mexico City, I was surprised. I am a huge fan of Mexico and their culture. Love how they are family oriented and know how to have fun and celebrate. I guess I always thought of Mexico City as a dangerous place. Research has shown me that cities on the Mexican/US border are where the violence happens most. One city which is across the border from El Paso, Ciudad Juarez, is where things are really tough due to the illegal drug trade. I found mixed info about Mexico City. It seems that the reported crime index is much lower than most large cities…but some sources say that possibly only 10% of the crimes are reported. Who knows? My best guess is that there are nice parts and rough parts like any major city. Perhaps, some of the readers who know more about Mexico and Mexico City can fill me in…please comment below this post. 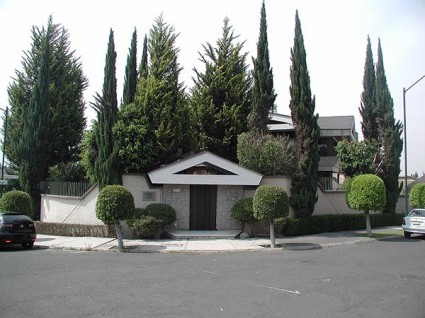 [So her fitness center is going to be located in the Bosques de las Lomas neighborhood. This place looks like a high end neighborhood in Southern California. I spent a few minutes looking at images in Google…some super nice homes in this area.]

She is Being Assisted by Mark Mastrov (Founded 24 Hour Fitness)

So 24 Hour Fitness is the World’s largest gym, if you count the amount of memberships. It has roughly 3 million members and 400 clubs. This is probably the top person in the world if you want to know how to grow a successful fitness chain. No doubt that Madonna should do well teaming up with Mastrov.

“Throughout her career Madonna has been devoted to fitness and well-being and has worked out in literally hundreds of gyms around the world,” Hard Candy Fitness said in a news release Monday.

“Madonna’s world tours have taken us to many of our favorite cities around the world. We are looking forward to opening Hard Candy Fitness with NEV in many of these same places.”

So Who Would Consider Working Out at Hard Candy?

Supposedly it will have state-of-the-art equipment along with a wide range of free weights and Hammer Strength machines, etc. My guess is that it would be a much more stylish version of 24 Hour Fitness. I don’t need to workout in a fancy place, but it could be cool…especially if they played good music and had a high energy. I guess we will see. Here is the gym logo. Pretty cool!

One last thing; I can’t have a post about Madonna without some videos…

I love YouTube! Seriously…out of the millions of videos being posted, most are kind of lame…but some people have serious skills. I wanted to feature three of the coolest user generated videos I have ever seen on that site. If you grew up in the 80’s you will love this. If you are a little younger you will still probably like this. My favorite is the Madonna and Depeche Mode mashup. I want these for my iPod!

[Depeche Mode is 80’s music that has stood the test of time. Their music is brilliant and innovative…I never get sick of it!]

[This Human League song was the slow song played at every High School dance I ever went to. If I imagine hard enough I can almost smell the fine scents of Aquanet Hair Spray and Drakkar Noir Cologne. The 80’s were filled with chemicals…you can’t get hair looking that stylin’ on its own! Note: I blame the ozone depletion on those who graduated between 1984-1992.]

[You wouldn’t think the Sex Pistols would be a good match to mix with Madonna. That is what makes this mashup possibly the best of the three. I still like the Depeche Mode mix best, because I like Depeche Mode better than the Sex Pistols…but the timing on this one is spot-on.]

Note: I want to give props to the first blog where I saw this published. Fit Tip Daily

74 thoughts on “Madonna’s Gym, “Hard Candy Fitness”, Coming to a City Near You?”