You probably have no idea how good fruit is for your body.

I don’t mean that to insult your intelligence. What I’m saying is that I found some facts on fruit that are WAY out of the mainstream. This is about as far “out there” as the one meal a day diet, that we discuss on this blog. This is stuff I have never read on any fitness site or any fitness magazine.

I LOVE bringing this type of info and pushing it out to the masses. I did about three hours research to find out some really amazing studies on fruit. I think you guys will enjoy this. 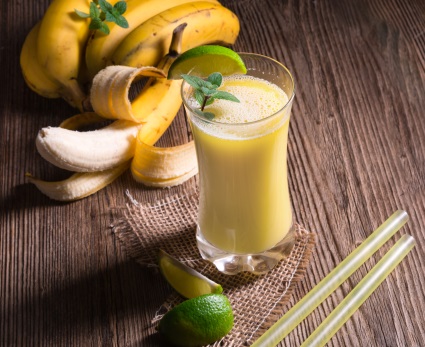 Why I Decided to Research Fruit?

So why did I decide to spend over 3 hours on a Friday night to research fruit? Well…I didn’t have a date planned and I wanted to save money to hit the clubs tomorrow night (at least I’m honest)…beyond that, I have been eating a large portion of my calories as fruit over the past 2 weeks and I have been feeling better than ever!

I have been following The Warrior Diet and I’m eating nothing but fruit during the day, and a regular healthy dinner at night.

I Found An Amazing Study Done in South Africa

There was a study done in South Africa quite a few years ago where a group of people ate a diet of nothing but fruit for 6 months. This study was done by Prof. B. Meyer of the University of Pretoria. The experimental group ate nothing but fresh raw fruits and nuts for six months.

They were compared to a control group, who ate a typical diet consisting of fruits, vegetables, dairy and meat.

The Results Were Very Surprising to Say The Least!

What they figured was that the group that ate nothing but fruit would be wasting away. What they found was that this group had virtually become disease-free.

They didn’t have any nutritional deficiencies and each one of these people in this group was in superb health.

Even more surprising was that when the experiment was over, almost every person in the fruit eating group decided to stay on this diet. They all claimed to feel more energetic and alive then they did in their youth.

Are We Naturally Fruit Eaters?

A gentleman by the name of T.C. Fry asks us to imagine ourselves 60 million years ago, when we didn’t have tools…before we had fire and cooking as well.

Would we take a rabbit and crush it in our hands and bite into the fur and enjoy getting blood smeared all over our face like a true carnivore?

Would we get down on the ground and get under a cow and suck milk out of their teats? Would we be root grubbers and dig raw roots out of the ground, dust off the dirt and eat them? Would we be true herbivores and eat leaves and weeds? Probably not!

In the Perfect State of Nature, Humans are “Frugivores”

The seeds didn’t taste this way and were meant to be discarded…which in turn would cause more fruit to grow. The “mother plant” actually wants us to carry the fruit away and discard the seeds…which causes another plant to grow.

The same can’t be said of any other food or plant.

…But There Isn’t Enough Protein in An All Fruit Diet!

I used to think the same thing! Get this…fruit actually provides 5% protein by total calories consumed…this is the same as mother’s milk.

Another interesting fact…the protein in fruits is predigested and comes in the form of free-form amino acids that don’t need to be broken down by the body.

One more amazing fact…the protein in raw fresh fruits is uncooked, which makes it more bioavailable and usable by the body…so we need less of this type of protein each day to get the same effect as other proteins. In fact if you consumed all your calories in fruits, you would have twice the daily required needs of amino acids.

What if Your Stomach Can’t Tolerate Fruit?

I used to be in this category. Many fruits used to give me digestive pains…not anymore. It is recommended that you fast a few times to detox your system a bit.

Once your system is clean and healthy, fruit becomes the easiest food to digest. I eat mainly fruit during the day and now that my body is used to it, I never get stomach pains.

If you go to the extreme, many fruitarians do not need to drink water at all and have to urinate as much as anyone. Fruits supply ample water in it’s purest form…it is great for hydration. The fiber in fruit is also good to reduce subcutaneous water retention as well (water under the skin that blurs muscle definition).

I still recommend drinking a lot of water, but fruit does help a bit in keeping you hydrated.

Another “Interesting” Way of Looking at Humans and Fruit

T.C. Fry goes even further and expands upon the idea of “Symbiotic Partners”. Here is his definition: “Symbiosis is cooperation between dissimilar organisms for mutual benefit”.

He says that humans and fruits are kind of like bees and pollen. He states that humans wouldn’t collect nectar, because it wouldn’t suit our needs as a food. He also states that plants are stationary and if they just dropped seeds, that soon the soil wouldn’t have enough nutrients to sustain more plant life.

So plants evolved to create the perfect food package to “proportionately meet the precise needs of its eaters” (read that again…it is pretty profound).

He says it best here…”Those creatures which, in taking and becoming dependent on these foods, became the fruit plant’s biological symbiont”. So humans became necessary for the long-term survival of fruit plants and fruit evolved to become the perfect food for humans.

Are You Eating Enough Fruit?

I knew it was healthy, I guess I didn’t realize it was the perfect food for us. I’m not suggesting to drop everything else, but maybe fruit should be a MUCH bigger part of your diet. I used to think it would cause a blood sugar spike, but the energy is steady due to the fiber and the type of natural sugars in the fruit.

I’ve been told to try and avoid candy as much as possible to recondition my sweet tooth to get a better enjoyment out of fruit.

Now I am eating apples and oranges for desert and it is actually very satisfying. These studies really gave me a whole new perspective on fruit.

67 thoughts on “Incredible Fruit Facts: Why Fruit Should Be A MUCH Larger Part of Your Diet!”