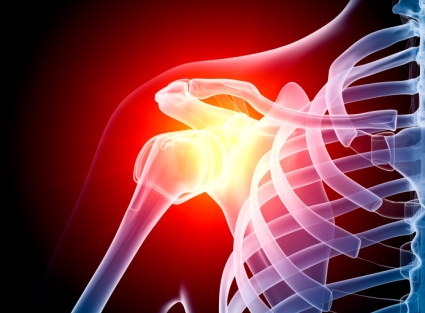 When I was first training back in the late 80’s I assumed that to build bigger muscles I would have to constantly lift heavier and heavier weights.

To a certain extent that is true, but there are ways to make a lighter weight “work” your muscles much harder than normal. The guy with the most impressive chest I have ever seen in person never benched more than 205 pounds. He told me that anything heavier “made his joints hurt”…so he used lighter weight to get the job done.

This past summer I got stronger than ever at chin ups and shoulder pressing, but my elbows began to hurt and I decided to mix in a 3-4 month period of light lifting to give my joints a much-needed break. I’ll outline what I’m doing.

[Lifting weights should be a healthy long-term deal. If you are feeling any joint pain, then you might want to give your joints a rest and go light for a few months.]

High Reps to Fatigue = One Way to Build Muscle Mass

This isn’t news to anyone who has read my Visual Impact courses, but high reps are actually a great way to build muscle mass. Lifting in the 8-15 rep range increases fluid within the muscle cells (sarcoplasmic hypertrophy) and this causes quick muscle growth.

I do recommend lower rep ranges as well to increase strength, density and definition…but lifting lighter works well for increasing the size of a muscle.

I should probably rephrase that: I’m using as light of weight as I can while still fatiguing my muscles to the max in the 8-15 rep range. This is not quite the same as phase I of Visual Impact Muscle Building. I’m purposely going lighter than would be ideal for that phase.

I’ll give you an outline of a routine, but first an interesting study…

A Study About Low Resistance Exercise and Muscle Growth

“Even just using a light weight (50% 1-RM), slowing down your reps (3 seconds for eccentric and concentric actions, 1-second pause, and no relaxing phase) and trying to maintain “constant tension” on the muscles has been shown to lower muscle oxygen levels, as well as building muscle just as well as heavier weights (80% 1-RM) and faster lifting speeds (1 second for concentric and eccentric actions, 1 second for relaxing)”

What they found was that more explosive movement didn’t create constant tension…the muscles got “a breather” (literally) and wouldn’t get the desired low oxygen fatigued state. I have been performing the reps at a slightly higher tempo, but not resting at the top or bottom of the movements at all.

It has been working well, but I may switch it up and try the “3 seconds up and 3 seconds down” method my next workout. Thanks for the tip Christian!

My Quick Outline of This Type of Training

I don’t want to mess with your workout split. Keep doing the routine you are doing, but use this set and rep scheme.

Guys who have been through phase 1 of my program have already gone through this, but it is humbling if it is your first time lifting like this. On your second exercise, there is a good chance that you won’t even be able to use 50% of your one rep max.

For instance, after doing my 5 sets of bench with 135 pounds my chest is smoked! I typically will use only 35-40 for my dumbbell incline press right after that. It feels light in my hands, but I can’t push much past 15 reps no matter how hard I try. It’s an odd feeling.

Easy on the Joints, But Not On the Muscles!

This type of training burns when you do it. Your joints will feel fine and improve week-to-week as you do this, but your muscles will feel sore on a regular basis. You should notice that your muscles look fuller than normal due to sarcoplasmic hypertrophy.

Note: For those of you who want to avoid adding muscle, do the polar opposite of what I talk about in this post…

107 thoughts on “How to Build Muscle If Your Joints Hurt”