Have you been pressured to drink more water than feels natural?

Are you constantly coming up short of the recommended 8-10 glasses of water per day? You will like this article!

I’m going to examine current studies that question the logic of drinking 8-10+ glasses of water per day. Newer studies are showing that maybe you should follow your senses, instead of sticking to some rigid drinking schedule. 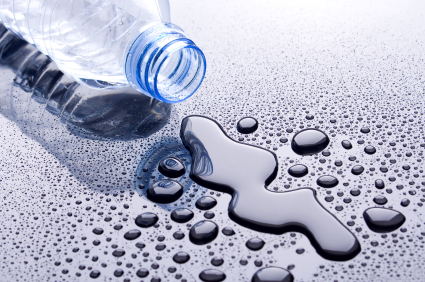 [When you are thirsty, nothing sounds better than water. So what should you do if you are not thirsty?]

Does Drinking 8-10 Glasses of Water Each Day Feel Natural?

If drinking that much water per day feels natural then by all means, go ahead and drink that much. For me, this just makes my entire day feels focused around drinking water.

This is the same feeling I got when I used to try and eat 6 meals per day…I just don’t want my day to be devoted to consuming food and water. Even worse than that is the increased trips to the restroom that accompany that type of water intake.

The Average Person Loses 10 Cups of Water Per Day

For instance, a watermelon is 92% water by weight, an egg is about 75% water, a piece of lean meat is about 70% water. So that leaves just 6 cups of water, right? Well, not exactly…

I have always felt that caffeinated beverages were hydrating, but for some reason the mainstream media claims that the diuretic effect of the caffeine offsets any fluid in the beverage.

Here is an interesting study which shows that coffee, tea, milk, soda, and other fluids have the same effect as water as far as hydration is concerned:

The Effect of Caffeinated, Non-Caffeinated, Caloric and Non-Caloric Beverages on Hydration

Here is what Ann Grandjean, the study’s lead author had to say…”We found no significant differences at all. The purpose of the study was to find out if caffeine is dehydrating in healthy people who are drinking normal amounts of it. It is not.” The same goes for tea, juice, milk and caffeinated sodas: One glass provides about the same amount of hydrating fluid as a glass of water. The only common drinks that produce a net loss of fluids are those containing alcohol.

A Kidney Physiologist Who Recommends Much Less Water

Kidney specialists do agree on one thing, however: that the 8-by-8 rule is a gross overestimate of any required minimum. To replace daily losses of water, an average-sized adult with healthy kidneys sitting in a temperate climate needs no more than one liter of fluid, according to Jurgen Schnermann, a kidney physiologist at the National Institutes of Health.

One liter is the equivalent of about four 8-ounce glasses. According to most estimates, that’s roughly the amount of water most Americans get in solid food. In short, though doctors don’t recommend it, many of us could cover our bare-minimum daily water needs without drinking anything during the day.

What About This? “If You Are Thirsty, Then It is Too Late”

It is often stated that by the time a person is thirsty, then that person is already dehydrated. I have always had a feeling that our bodies are smarter than that.

Luckily I have found some scientific studies which back this up. Here is a study showing that people who waited until they were thirsty to drink water, remained just as hydrated as people who drank on a set schedule.

Body Fluid Changes, Thirst and Drinking in Man During Free Access to Water

How Much More Water Does An Active Person Need?

I guess this would be one of the big variables. Obviously an exceptionally active person would need a more water compared to a less active person. Also, warmer climates and different altitudes would make a difference in how much water someone needs to consume.

Your Body Will Tell You How Much Water You Need

Drink water when you are thirsty and drink a little more than that if you enjoy water, but don’t freak out if you aren’t hitting the 8-10 glasses per day figure.

I drink a cup of coffee in the morning, tea during the day, a cup of coffee before I work out, and then 4-5 cups of water the hours after working out until bed time. This feels like more than enough water.

Bottom line is this…drinking a glass of water every 2 hours certainly won’t harm you, but don’t worry if you can’t drink water on such a structure schedule.

60 thoughts on “How Much Water Per Day? Exaggerated by the Media!”