Arthur Jones, the inventor of the Nautilus machines, passed away at the age of 80 on August 28, 2007.

He was a radical thinker who completely went against the popular fitness ideas of his day. I consider him a mentor and a true pioneer when it came to fitness.

Arthur first came out with his Nautilus machines in 1970. 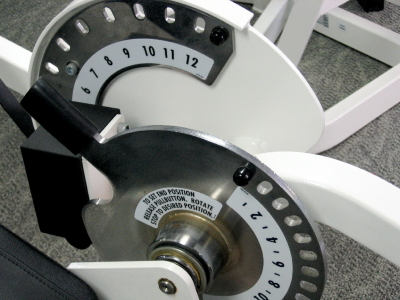 Along came a man named Arthur Jones, who preached that people didn’t have to live in the gym to get outstanding results. He was telling people to do just one set per exercise…and to go into the gym for a few lifts and then get out…typically in 30 minutes or less just a few times per week!

The Birth of High Intensity Training

The idea of doing one set per body part to 100% absolute failure was extreme back then and it is still extreme today. Several successful bodybuilders such as Mike Mentzer and Dorian Yates used different versions of High Intensity Training to gain extreme amounts of muscle.

While I don’t necessarily subscribe to the idea of doing just one set. It helped me realize that you certainly don’t have to lift endless sets to get great results.

The Limitations of Free Weight Exercises

The thing about free weights is that resistance throughout the lift is limited by gravity…the resistance is in one direction. When you perform barbell curl, the movement is rotational.

So here is what happens when you match linear resistance with a rotational movement…the lift feels light at the beginning, heaviest at the midpoint, and light again at the end (almost zero resistance felt in the muscle at the end of the lift).

The only point of direct resistance is when your arms are bent 90 degrees in the standing barbell curl.

(A woman reaching the heaviest point of a dumbbell curl) 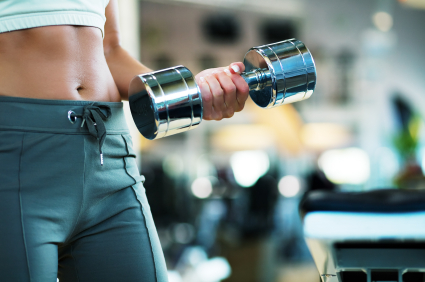 Why “Sticking Points” Are Common in Free Weight Exercises

Let’s take that barbell curl example again. If you were lifting a heavy barbell to failure, you would most likely fail in at that small point of direct resistance…not at the top or bottom of the lift.

Sticking points like these are very common, because resistance in free weight exercises don’t match the strength curve of the human muscle.

What Arthur Jones Taught Me About Muscle Contraction

This is called the “all or none” principle. So when you lift a light weight…it isn’t the case that all of your muscle fibers are working a little bit…what is happening is that a few muscle fibers are contracting 100% and the rest aren’t engaged at all.

Aurthur said that muscles need more resistance as they contract. The first 1/2 of the barbell curl is a great example of this. Resistance gets heavier until you reach the mid-way point…but then resistance decreases from the mid-way point to the end. In order to engage more and more muscle fibers into the lift resistance needs to increase all the way to the end of the lift.

The point where resistance needs to be the most is at the end of a lift, because the only way to work 100% of the muscle fibers in a lift is at the point of full contraction.

Why Nautilus Machines and Hammer Strength Machines Were Invented

Nautilus machines were invented as a way to address the flaws in free weight exercises. They actually very well-thought out machines. Nautilus machines as well as many Hammer Strength machines are based around the strength curve of the muscle being worked.

The resistance isn’t the same throughout the entire lift. Numerous studies were done to closely match the resistance to what is needed by the body in each lift, so the weight feels heavy in the right places.

They address the flaws in many of the free weight lifts.

Few People Have Added as Much to The Fitness Industry As Arthur Jones. He Was a Great Man and Will Be Missed

Note: I still believe in balancing free weight and machine exercises. I’ll discuss how to strategically do this in my next post.

I just wanted to write this article, because I think people put down Nautilus machines without thinking about their benefits.