People don’t talk enough about height and how it relates to body composition, calories burned, muscle gains, etc. I’m a tall guy at just a hair over 6’3″, but I’m envious of shorter people at times.

I figured why not get the discussion going about height. Using my mad graphic skillz (not really), I came up with this masterpiece. 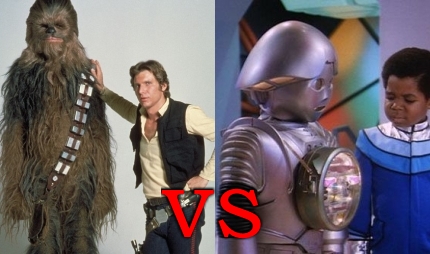 [Everyone knows Chewbacca, but only the true geeks like me know what’s happening on the right. A young Gary Coleman posing with “Twiki” from Buck Rogers. Twiki carried a computer around his neck named “Dr. Theopolis”. Buck Rogers is worth watching if you get the chance…for the cheesy disco music and bad special effects. Hilarious!]

Height and Plays a Large Role in Lean Mass

Your lean mass is basically everything on your body that isn’t body fat. This is different than muscle mass. Your lean mass includes, bones, organs, water, muscles.

Tall people have a huge advantage in lean mass…which means they will typically burn more calories than their shorter friends. But what if someone is shorter but more muscular?

Your Organs Burn More Calories Than Your Muscles

I’m 6’3″ and 190…I have a good friend who is 5’10 and 190. We are roughly the same body fat percentage. He has more muscle, so you would think that he would have a higher RMR (Resting Metabolic Rate). That assumption would be wrong.

I will burn substantially more calories than him. Roughly 60% of RMR is from organs and 40% from muscle.

Since I am tall, he will have to reach a higher lean body mass than me to reach the same RMR.

I was going to do this post just on this idea alone. It is probably the biggest “takeaway”. Guys in particular who get big believe they need many more calories due to their increase in muscle mass. Adding muscle contributes very little to calories burned (even less than I used to believe).

Think along the lines of 6 calories per pound of muscle each day. So adding 20-30 pounds of lean muscle is just an extra 120-180 calories burned per day.

30 Pounds of Muscle Fails Against One Pack of Skittles 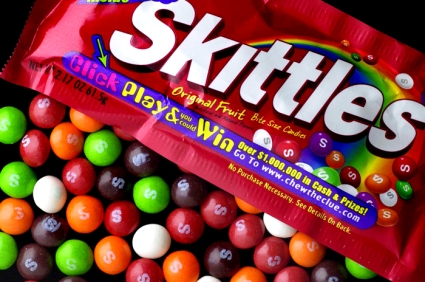 [Adding 30 pounds sounds like a impressive feat…and it is…but can’t touch the power of just one pack of Skittles. I haven’t had a pack of Skittles in a long time, but is is right up there with Swedish Fish, Red Vines, and Gummy Bears in pure deliciousness.]

Adding Muscle Makes a Bigger Impact on a Shorter Person

As a somewhat tall guy, I can add 5 pounds of muscle and it won’t be as noticeable as someone 6 inches shorter doing the same thing.

The advantage of being shorter is that you don’t have to spend as much time adding muscle to achieve a certain look compared to someone who is taller.

Another advantage is the increased leverage a shorter person has when it comes to lifting. I used to work out with a guy who was 8 inches shorter than me back in high school. It was frustrating how much stronger he was in many of the lifts…especially the bench press. It took me a couple of years to just bench 225 pounds and I think he was doing it within a few weeks of training. Stupid long arms!

Eating With a Taller Person or Lifting With A Shorter Person

As a relatively tall person I have much more wiggle room when it comes to diet than most people. More often than not, I simply have a higher RMR than a person who is shorter than me. I still can’t pig out and expect to be lean, but I will have a slightly easier time than a shorter person (everything else being equal). When it comes to the gym it is a different deal.

Guys who are in the 5’6″ – 5’10” range with the same amount of lifting experience often are stronger than me in certain lifts (mainly pressing movements like bench or military press).

This isn’t always the case, but just a trend I notice.