I’ve wanted to do an exercise and diabetes post for a long time now. I am by no means an expert on diabetes, but I wanted to research and put up a post on this important subject.

More importantly, I would like people to comment and hopefully point to more resources about diabetes and exercise. My goal is that over time, the comment section on this particular post will grow into a nice resource on the topic.

There are so many bright readers and contributors that I would love to see this happen. 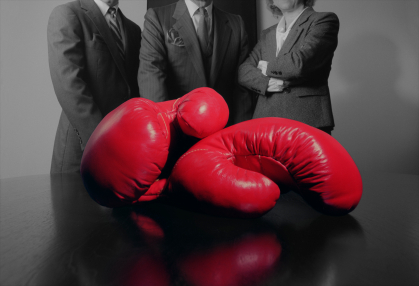 [It would be great if we could help some people kick diabetes butt. Even if this post simply helps people control their diabetes…that would be cool.]

The Difference Between Type 1 and Type 2 Diabetes

Type 1 Diabetes: This is the rougher of the two types of diabetes. Only 15 percent out of all the people with diabetes have type 1. Bottom line – a person with type 1 diabetes cannot produce insulin. They have to take insulin regularly to stay alive.

Type 1 diabetes in NOT preventable. You cannot reverse or prevent type 1 by doing lots of exercise or eating carefully. It is not a result of a person’s lifestyle.

Type 2 Diabetes: This type of diabetes can be caused by lifestyle (but not always). Often times people with type 2 diabetes have been overweight and unfit for long periods of time. This typically happens later in life, and is why it is also referred to as “Adult-Onset Diabetes”.

Unfortunately due to the rise of childhood obesity, people in their teens and 20’s are now developing type 2 diabetes. People with type 2 diabetes develop a condition where the insulin isn’t working properly…they are insulin resistant.

So We Will Discuss Type 2 Diabetes and Insulin Resistance

Since 85% of all people with diabetes have type 2 diabetes, and type 2 diabetes is something that can be improved (and sometimes prevented) with diet and exercise…this is the main focus of the post.

I hope I haven’t lost anyone so far…I used to skim when I saw terms like “insulin resistance”. Here is a simple explanation: The cells in the body don’t respond properly to insulin…glucose isn’t getting shuttled from the blood into the cells properly.

Why Insulin Resistance Happens in the First Place 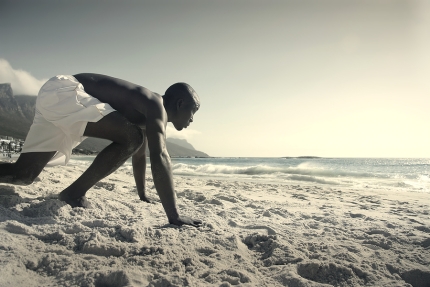 Time to Talk About How Exercise Can Help With Diabetes

So what type of exercise is going to help with diabetes? Here is what I found through a little research.

High Intensity Sprinting for Diabetes: Richard Nikoley has a good post on how High Intensity Interval Training can reduce the effects of diabetes. Richard’s blog, Free the Animal, is one of the best health and fitness blogs on the net by the way.  Dig around once you are there. Here is the gist of the post:

So depleting your muscles of glucose, assists the cells in getting the glucose from the bloodstream to the muscle cells.

Combination—Weights and Aerobics—Best for Diabetics: Clarence Bass is a guy I first read about when I was 15. The guy was the most ripped 40+ year old I had ever seen. I have been a fan of his work and love it that he is still going strong.

You can dig around his site for a long time and learn a lot of great things. In this post he refers to a recent study from November 24th, 2010 published in the Journal of the American Medical Association. Here is what this study found:

So Clarence Bass found a study which shows that a combination of resistance training and aerobics (cardio) had the best effects on helping with diabetes. “Only the change in the combination group was considered statistically significant…The combination group also saw a lowering in the amount of diabetes medication needed on average.”

The Definitive Guide to Insulin, Blood Sugar & Type 2 Diabetes: Mark Sisson does an outstanding job of explaining type 2 diabetes and insulin resistance in this post. If you have read my blog for any period of time, you know I am a big fan of Mark’s Daily Apple. It is a great site.

Here is Mark’s take on diabetes and exercise.

Unfortunately some people will develop type 2 diabetes even while staying in great shape, exercising and following a healthy diet.

That being said, a large portion of people who develop diabetes could have avoided it with regular exercise and a smart diet. Some takeaways:

I Am Just Scratching the Surface Here…

I would love to hear from people who either have diabetes and how they cope with it…or other helpful books and studies people have found online.

I also realize that I barely spoke about how excess carbs can contribute to insulin resistance. Although this article’s focus was exercise and diabetes, I’m fine if we discuss diet and diabetes in the comment section as well.

67 thoughts on “Exercise and Diabetes – What Types of Exercise Help the Most?”