I’ve been getting a ton of questions about Eat Stop Eat and The Warrior Diet and which is better.

I’ve been using intermittent fasting steadily for 2-3 years (can’t remember exactly when I started). I began with The Warrior Diet and it worked to a certain extent, but something didn’t quite “feel” right. While I think The Warrior Diet was a groundbreaking book and it was the first book to bring intermittent fasting to the masses, I believe Eat Stop Eat is a more effective and healthy way to drop body fat.

In this post, I will give you my experiences with both methods and explain crucial differences between these two ways of eating. 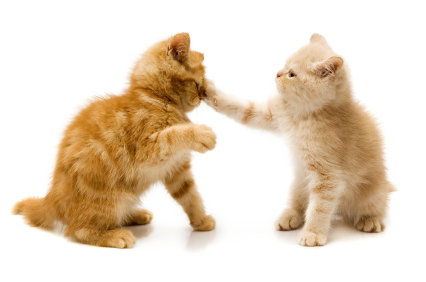 [I was actually searching for a picture of warriors or gladiators, but found this brutal photo instead. When will the violence end? Can’t we all just get along!]

My One Meal Per Day Warrior Diet Post Has 1,371 Comments!

Back in June of 2007, I wrote a post called Lose Body Fat By Eating One Meal Per Day. It was basically outlining The Warrior Diet and explaining to people that they could lose weight without having to eat 6 meals per day. Little did I know that this post would become so popular!

I rarely see blogs with over 300 comments on a single post, let alone 1,300! Reading and responding to the comments on this post, I found many others who lost body fat following The Warrior Diet.

I had been experimenting with it on and off up until that point…but June 2007 is when I fully adopted The Warrior Diet lifestyle.

A Basic Outline of The Warrior Diet

The Warrior Diet is a method of eating where you aim to eat one big meal per day at night. For the most part you fast during the day. On some days you can eat a bit of fruit, but for maximum effect you fast until dinner whenever possible. Once you eat, you have a 3-4 hour window to eat until you are full.

You are suppose to listen to your body and eat until you are satisfied instead of aiming for a specific calorie range.

Why the Warrior Diet is Effective

The Warrior Diet works well, because while you are fasting your body releases HGH and also is much more likely to use fat for fuel. Since you consume your daily calories in one big meal, you can eat higher calorie foods while still creating a calorie deficit for weight loss.

Countless people have done well following this diet, after being unable to lose fat following the “eat every few hours approach”. The Warrior Diet is a big step in the right direction. 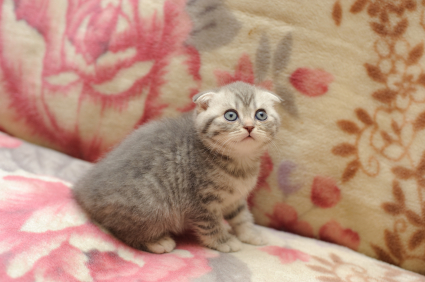 [I apologize ahead of time for this picture. It is by far the least “warrior like” picture ever and makes me laugh! Your testosterone probably dropped a little just by looking at this. Even the couch is pink. Okay, sorry about that…back to being a Warrior!]

My First Big Mistake With The Warrior Diet

The biggest mistake I made when following The Warrior Diet, was to use it as an excuse to be able to eat junky food while still being able to stay lean.

I figured if I had 2,200-2,500 to work with in one meal…I could regularly eat pizza, nachos, large plates of pasta, etc. The problem was that I underestimated the calories and would go way over this mark. Also, I was eating unhealthy foods on a consistent basis.

I Switched to Healthy Foods, But Still Faced Challenges

After putting on a little bit of body fat, I decided it was time to clean up my diet. Here was the big problem…my appetite was massive at night and I was able to fit a lot of food in my stomach.

Eating one BIG meal was giving me the capacity to eat bigger and bigger meals (my stomach was expanding a bit). Even if the food was healthy I tended to eat everything in excess. I would go to bed with a bloated stomach and wake up feeling a little groggy. I didn’t do well with all of this food in my stomach.

Eating Like This Everyday Began to Feel Unnatural to Me

Now the great thing about The Warrior Diet is that you do have the flexibility to do eat like this just a few times per week or every day. The problem is that since those one meal days were focused on one big meal, my appetite was insane when I did eat. I just had a tough time “putting on the brakes” when I ate.

Also, I couldn’t get quite as lean as I was accustomed to being, by eating this way. I have a feeling it was due to the fact that there was food in my stomach when I went to sleep.

This probably doesn’t affect people with 20+ pounds to lose, but when you want to get extra lean…this does make a difference.

The differences weren’t obvious until I read the course. This little post doesn’t do the course justice, but I’ll do my best to point out a few key differences.

A Video of Brad Pilon – Creator of Eat Stop Eat

[I just wanted to throw in a video to break up the long post. This is just a sample of one of Brad Pilon’s videos. I have always recommended going into a workout in a fasted state and Brad Pilon shows the scientific reasoning behind this. He has a bunch of great videos for free over on Youtube: Brad’s Youtube Channel.]

The good thing about Eat Stop Eat is that you only fast 1-2 times per week. This makes it an easier diet to follow in my opinion. The rest of the time you eat naturally, which for most people means 3-4 healthy meals per day.

Brad doesn’t want people to get food obsession and not enjoy the occasional pizza or other high calorie food, but if fat loss is your goal then you will want to limit this type of food. I like to eat mainly a paleo diet when possible…things like stir fry, salads, etc.

The idea behind Eat Stop Eat is that it should be an easy to follow for the long term.

This is where most people go wrong with Eat Stop Eat: People assume that they eat one large meal like The Warrior Diet, but just do it twice per week. This is not the way Eat Stop Eat was meant to be followed. With Eat Stop Eat, you eat a regular size dinner (600-1,200 calorie range…a rough estimate).

So 1-2 days per week, you are having a much lower calorie day than normal. So in essence this reduces you calorie intake by 10-20% each week.

Eat Stop Eat works because your body can easily handle a low calorie day every once in a while, without negatively affecting your metabolism.

Try to do this every day and within 2-3 weeks bad things will happen. The Warrior Diet is different, you are getting your daily calories all in one meal. With Eat Stop Eat, you are striving for 1-2 low calorie days. Too many low calorie days in a row are what cause eating disorders.

Fasting 1-2 times per week improves health. Fasting like this every day is not good for you at all.

My Verdict After a Solid Year Following Both Methods…

I have been able to get leaner following Eat Stop Eat. This isn’t necessarily a flaw with The Warrior Diet, I just found that eating one big meal increased my capacity to eat bigger meals. Since I try to avoid big meals at night, I never go to bed with a bunch of food in my stomach.

I have been able to get as lean as I’m accustomed to being.

Tip: I used to use the fasting days as a way to get away with eating more calories at night. You will get better results if you make these strict, low calorie days. This will create that nice weekly calorie deficit.

Also, this post doesn’t take place of either course. It is impossible to have full understanding of either method from just a few short posts.

Hope my explanation cleared up any confusion regarding the 2 approaches to eating!

156 thoughts on “Eat Stop Eat vs The Warrior Diet”