I was reading a post on a bodybuilding forum today where a bunch of guys were ripping on The Rock (Duane Johnson) for slimming down. They said he looks like a wimp now and that his legs are too small compared to his upper body, etc. This shows you how clueless and out of touch the bodybuilding forums are getting. The funny thing is that The Rock is still much more physically impressive at a lighter weight than most of these pudgy guys. 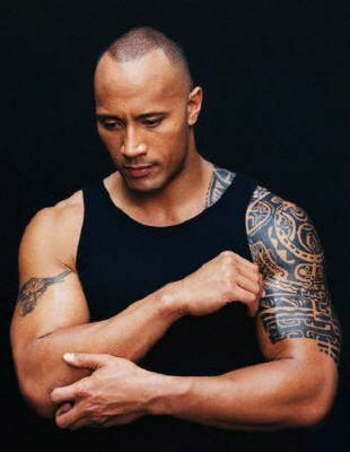 [The Rock is an example of a “naturally big guy” who has slimmed down. He is slim and toned in respect to his larger frame. He is the ideal role model for the bigger guys out there.]

Pictured Below, What the Rock Used to Look Like

The Rock used to be a massive 270 pounds at the height of 6’3″. That is a big man! He had the typical “Professional Wrestler Build”…massive traps, huge legs butt and hips, no neck, and drooping pecs. This is a terrible and sloppy look. This is excessive muscle at its worst and women don’t enjoy this look for the most part. I am guessing that 95% of the fans of this type of wrestling are males around the age of 15-27. This is roughly the same demographics as the “hardcore” bodybuilding forums. Coincidence? I think not! 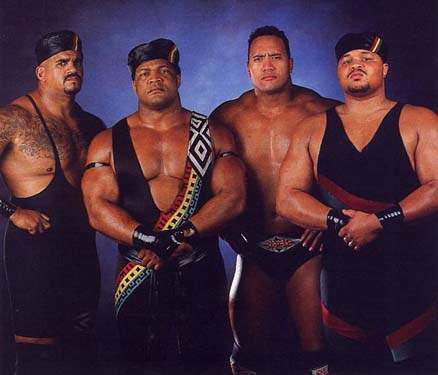 [This is what he looked like at his heaviest weight. Notice how his face looks pudgy and he has that “big-waist no-neck” look?]

Duane Has Lost 40-50 Pounds Since Retiring from Wrestling!

Rumor has it that Duane now weighs around 225 pounds. That is still big, but not for his large frame. At 6’3″ someone with a small frame who is slim and toned is typically around 180-190 pounds (I’m an example of this)…someone with a medium frame would be 190-210…a large frame guy would be 210-225 pounds. This is the typical weight range someone at 6’3″ would naturally have if they were in top condition without excessive muscle. The Rock looks outstanding these days! 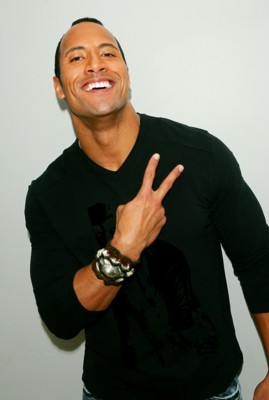 [Duane can wear hip and funky clothes now that he is slim. He would look like a “tool” tying to pull this off at 275 pounds. Heck…he probably couldn’t even fit into the jeans!]

Being Slim is a Great Look for Him

He doesn’t impress the 15-27 year old male bodybuilding wannabe’s anymore. They like his old look better. When he was 275 pounds, I’m sure he could squat more and bench a ton! He probably was significantly stronger in the gym. I’m sure his arms were 3-4 inches bigger and his legs were a good 5-6 inches bigger around. These guys simply can’t imagine why anyone would slim down and drop muscle on purpose! You would think that this was a crime if you visited some of these forums! It’s all about “Lift Big or Go Home” in those places. 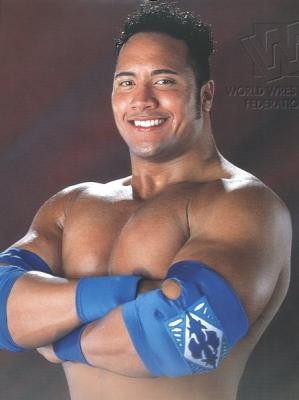 [Yes, believe it or not some guys think that this is a better look! Yeah…seriously!]

Who are the big action stars in Hollywood right now? I would say Matt Damon, Jet Li, Jason Statham, Daniel Craig, Will Smith…the list goes on. How many of these guys are big, massive guys? The answer is NONE of these guys are big bulky guys. I know this is a recurring theme on my site, but there really isn’t any benefit to excessive muscle. An exception would be a lineman in the NFL.

There Are Too Many Negatives With Excessive Muscle

Excessive muscle slows you down to where even simple tasks like walking up a few flights of stairs make you out of breath. You can’t fit into nice clothes. To maintain that amount of muscle you have to ingest an unhealthy amount of protein…which tears up your digestive system and gives you gas, etc. There are simply too many negatives for people to strive for this look anymore. If you are big, follow The Rock’s lead and slim down. I guarantee that you will like the way you look and feel at a lighter weight!

Warning: You may lose a bit of respect amongst the “hardcore” when they see you hitting cardio hard instead of living in the free weight room. You will probably lose a bit of strength, etc. This is a small price to pay for feeling healthier and attracting more women!

94 thoughts on “Duane Johnson, AKA The Rock, Looks Better Slim Instead of Bulky”