Akon is the man right now…seriously! He is an incredibly talented musician…but beyond that, all of the hip young women that I hang out with love this guy. Many people claim that guys like this wouldn’t be able to attract women if they weren’t famous…with Akon this simply isn’t the case. He is in great shape, has created a funky look, and has a very solid presence. It is easy to put down successful people and discount their accomplishments…but I’d rather learn from successful people like this. 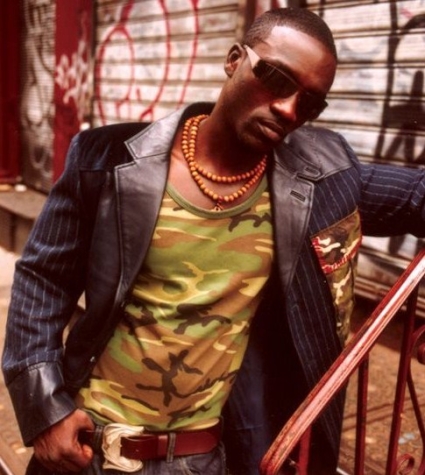 Do You Think Akon Would Look Better With 30 Pounds More Muscle?

I really don’t think it would be possible for him to achieve the same look if he was a “big” guy. He would have a whole different “vibe”…although he would look alright, I bet less women would find him attractive. He achieves a funky look by remaining slim and toned.

Is Akon Slim Because He Can’t Get Any Bigger?

This is a funny idea that comes up on a lot of sites. Many people in fitness believe that all guys would get as massive as possible if they had a choice. This is simply not the case. I guarantee you that Akon could easily pack on 30 pounds of muscle if he wanted to, but he is a wise man…he knows that would ruin his look.

Read theses names…Denzel Washington, George Clooney, Colin Farrell, Ben Affleck, David Beckham, Ashton Kucher, Jared Leto, Will Smith, etc…What would these guys look like if they packed on 30+ pounds more of pure muscle? I guarantee you that they wouldn’t look as good! I’m not denying that there are several guys with more muscle that women do find attractive, but for the most part they like guys who aren’t too big to wear dress clothes, normal jean, etc.

Obviously looks aren’t everything. The great thing about women is that they are more forgiving about looks, but you should give yourself the best chance of meeting a great woman in the first place by putting your best foot forward. If you are one of those rare guys who do look better a bit bigger, then go for it…but for most I would recommend a slimmer more natural size with good muscle definition, just like Akon.

You Know I Gotta Throw on some AKON and Snoop!

(This song has been played a lot, but still good…an instant classic)

Note: Is SNOOP the biggest crossover artist ever? No matter what music people listen to, whether it is rock, hip-hop, techno, 80’s, etc..most people dig Snoop!

28 thoughts on “AKON…Why Women Find This Guy Sexy As Hell!”